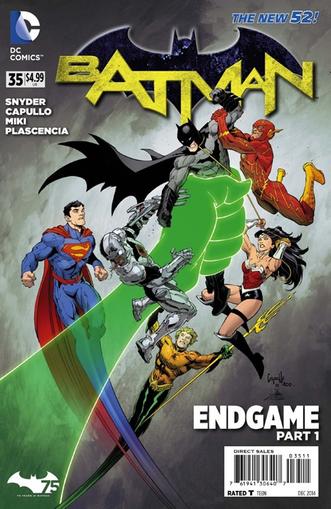 Batman magazine is the comic book where you can learn more about the millionaire, Bruce Wayne, as he masquerades as the Dark Knight. In each issue, you will learn more about his history, the few people he cares deeply for, as well as the Gotham City’s greatest criminals. Order your discount subscription today to start reading about this iconic superhero!

Bruce Wayne was a happy child living in Gotham City until his parents were mugged and shot by a random criminal. That pivotal moment has defined his life and formed the hero know known as the Dark Knight. Since his parents were victims of a senseless crime, he dedicated his life to become the hero that Gotham City needs, even if he is not always the one that the people want.

Batman is the one hero who proves that superpowers do not make a superhero. With his learned abilities, he has become the hero that villains fear most. He is a phenomenal martial artist and combat strategist due to the rigorous training that he has put himself through to reach the limits of his human ability. Bruce Wayne even has unparalleled deductive skills. He also benefits from inexhaustible wealth and therefore has great resources of advanced tools and technology that aids him in his crusade against the injustice that exists in the city of Gotham.

With all of his prodigious skills, Bruce Wayne has pushed himself to become a formidable opponent to any villain, but in the process he has pushed away all those who care for him, except for his caretaker, Alfred Pennyworth. In this comic you will be able to read of harrowing adventures, but will you see Bruce find happiness? Follow along in the Batman comic to learn about the future of Gotham City and Batman.

Magazine covers are used for illustrative purposes only and you may not receive a copy of the particular issue depicted. Your subscription will include the most recent issue once your subscription begins. Magazine covers are the property of the publisher. This site is not officially affiliated with, associated with, or endorsed by Batman or the publisher.