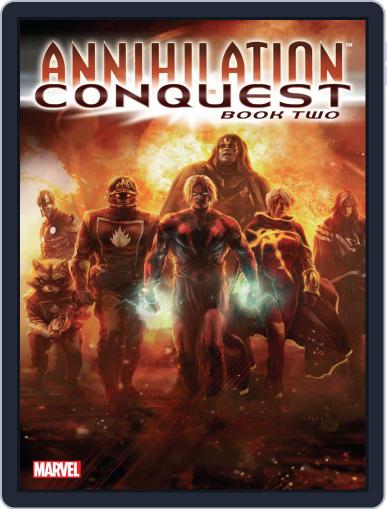 The Phalanx launched a sneak attack on the Kree Empire and the heroes, separated by distance but united by willpower, took their first steps to liberating a galaxy in peril. What are the Phalanx really after? What new players will change the game?

Magazine covers are used for illustrative purposes only and you may not receive a copy of the particular issue depicted. Your subscription will include the most recent issue once your subscription begins. Magazine covers are the property of the publisher. This site is not officially affiliated with, associated with, or endorsed by Annihilation: Conquest or the publisher.