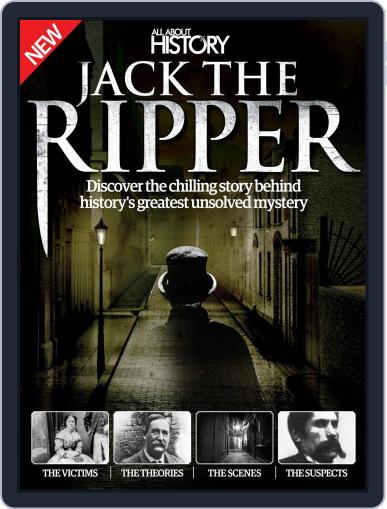 All About History Jack The Ripper Magazine 1st Edition (Digital)

About All About History Jack The Ripper

Discover the chilling stories, documents and evidence behind London’s biggest mystery - the case of Jack the Ripper. History’s most notorious serial killer, the Ripper’s identity is still unconfirmed, but in this book we trace every victim, every detective, every letter and every bit of evidence so you can make up your own mind. We’ve collated the most likely suspects and the leads that brought police officials and historians to them, and closely examined every theory surrounding the world’s most elusive murderer. Prepare yourself for a dark and grim journey down into the underworld of 19th century London to learn more about the serial killer From Hell. Featuring: The scenes - Take a walk through the gloomy alleyways of 19th century East End London with high-quality illustrations. The victims - Get insight into the lives of the women Jack the Ripper chose as his victims. The suspects - Make your own mind up about whether any of the prime suspects were, in fact, the Ripper. The theories - Delve into the many theories that have emerged around the case.

Magazine covers are used for illustrative purposes only and you may not receive a copy of the particular issue depicted. Your subscription will include the most recent issue once your subscription begins. Magazine covers are the property of the publisher. This site is not officially affiliated with, associated with, or endorsed by All About History Jack The Ripper or the publisher.