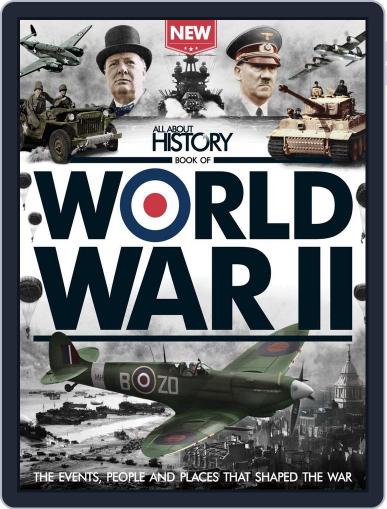 All About History Book Of World War II Magazine (Digital)

About All About History Book Of World War II

The Second World War left an indelible mark on the landscape and the people, not just of Britain and Germany, but the world. Book of World War II aims to put the well-known tales, memories and ruins of the war into context. Find out how the war began, who fought and made key decisions throughout its duration, and how it finally came to an end. Featuring: Mapping the war - Examine maps and diagrams that spell out the progress of the war and how it developed in a visual guide. Key events covered - Discover the full story behind some of the most devastating events and the moments that defined the war. The main players - Uncover the biographies of some of the most influential men and women to have played a role. Amazing images - Gain an intimate insight into the stark realities of war through stunning and evocative images.

Magazine covers are used for illustrative purposes only and you may not receive a copy of the particular issue depicted. Your subscription will include the most recent issue once your subscription begins. Magazine covers are the property of the publisher. This site is not officially affiliated with, associated with, or endorsed by All About History Book Of World War II or the publisher.