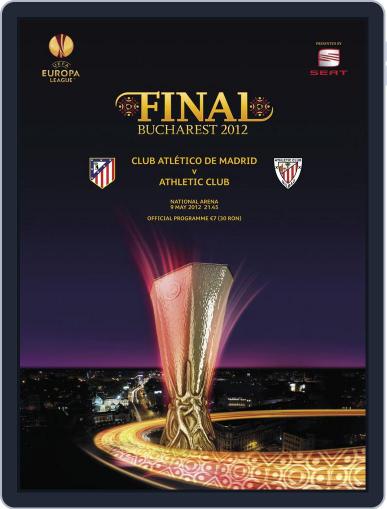 This all Spanish encounter has the makings of a classic final. Atlético Madrid will face Athletic Bilbao in the National Arena in Bucharest.

Magazine covers are used for illustrative purposes only and you may not receive a copy of the particular issue depicted. Your subscription will include the most recent issue once your subscription begins. Magazine covers are the property of the publisher. This site is not officially affiliated with, associated with, or endorsed by UEFA Europa League Final 2012 or the publisher.