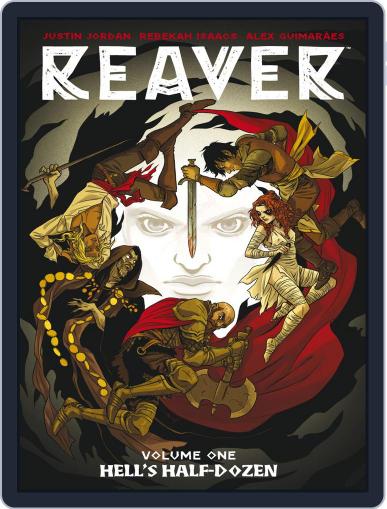 The continent of Madaras once promised a new start for settlers, but 200 years after its discovery, the war rages on. Deep within this savage and untamed land, a darkness builds at that must be stopped at all costs. To do so, the Imperials assemble six of its most despicable prisoners—a turncoat, a skin eater, a sorcerer and his bodyguard, a serial killer, and the Devil's Son—the only ones who can stop the end of the new world. They are Hell's Half-Dozen. Join JUSTIN JORDAN (LUTHER STRODE) and REBEKAH ISAACS (Buffy the Vampire Slayer) for REAVER—a dark, grim fantasy for a post-Game of Thrones world.

Magazine covers are used for illustrative purposes only and you may not receive a copy of the particular issue depicted. Your subscription will include the most recent issue once your subscription begins. Magazine covers are the property of the publisher. This site is not officially affiliated with, associated with, or endorsed by Reaver or the publisher.