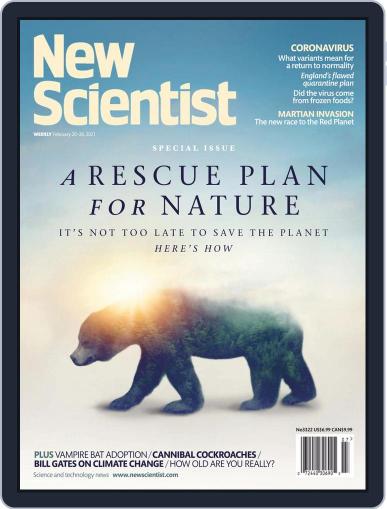 The New Scientist magazine is a comprehensive collection of all the latest news and updates from all departments of science. Whether you are looking for news on space, technology, physics, or health, the New Scientist keeps its readers in the loop of tomorrow’s next achievement.

The History of New Scientist Magazine

Founded in 1956 by Tom Margerison, Max Raison, and Nicholas Harrison, the magazine established itself in the United Kingdom. First titled “The New Scientists,” the publication covered many different fields of science and technology. “The New Scientists” became one of the first magazines that held a niche for all things related to science. Staying true to a written scientific thesis/paper format, the publication had initially used page numbering akin to academic writing practices. For instance, the first page of an April issue might have started at ‘page 568’ as opposed to ‘page 1’. The first step to rebranding was taken in 1961 when the writers and editors dropped ‘The’ from the brand name. Over time, New Scientist introduced new formatting styles that could easily be read by everyone.

New Scientist covers the current affairs for new scientific and technological breakthroughs that impact the world. If you're looking to learn more about health, physics, space, or technology, this publication has all of your fronts covered. Learn about a multitude of topics that linger in the mind of pioneering scientists. Read into insightful editorials about causation vs. correlation, parallel universes, mysterious planets, advances in AI technology, military technological leaps, and much more. Every editorial, update, and bit of news is backed and commissioned by the best writers of their respective fields from all over the world. New Scientist’s editorial team reports on cutting-edge new developments with concise and comprehensive tones for everyone to understand. The New Scientist aims to explain how innovations and pioneering research fits into the context of modern society. From the speculative to the philosophical, the New Scientist publishes attention-grabbing material for all readers.

For news and updates in the fields of health, space, technology, and physics, the New Scientist explains it all in an understandable and entertaining way. DiscountMags offers affordability and access to thought-provoking ideas coupled with the most affordable prices for your digital issues of New Scientist digital magazine. Get your scoop on the latest developments in science through DiscountMags today!