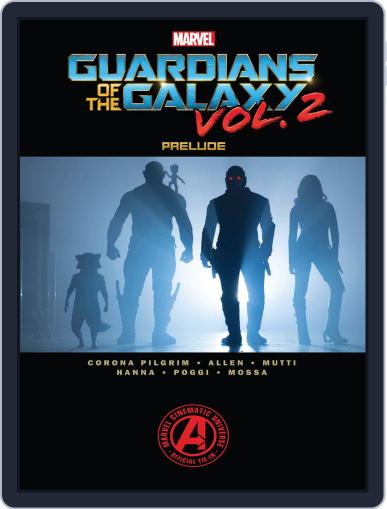 About Marvel's Guardians of the Galaxy Prelude (2017)

GET HOOKED ON THE GUARDIANS! When the fate of the galaxy is at stake, there's only one thing to do: call in the greatest warriors the galaxy has ever known. What do you mean, who?! ROCKET. GROOT. DRAX. GAMORA. PETER QUILL, a.k.a. STAR-LORD?! Don't tell me you've never heard of them? Legendary outlaw? Most dangerous woman in the galaxy? Nothing? Then it's time to brush up for Marvel's Guardians of the Galaxy Vol. 2 with this all-new adaptation of the original, hilarious hit film!

Magazine covers are used for illustrative purposes only and you may not receive a copy of the particular issue depicted. Your subscription will include the most recent issue once your subscription begins. Magazine covers are the property of the publisher. This site is not officially affiliated with, associated with, or endorsed by Marvel's Guardians of the Galaxy Prelude or the publisher.