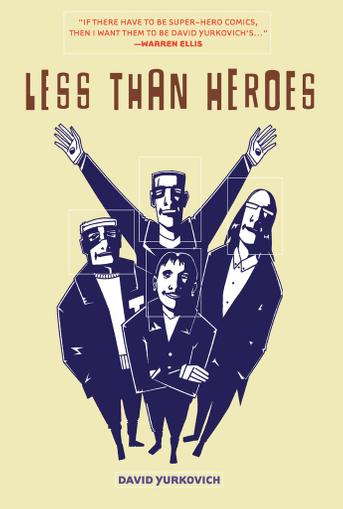 About Less Than Heroes

In the city of Philadelphia there is a tall building at 18th and Market Street, atop of which lives four individuals. They are the official protectors of the city. Their job is to be around when traditional law enforcement fails. But are they really heroes? Meet Philadelphia's contracted super-hero team, Threshold. A quartet more interested in milk and cookies than crime and punishment. A team more concerned with battling indigestion than their arch enemies. Sure, they have super-powers. They can leap tall buildings, fly, and do all the stuff other heroes do. More than human? Probably. Less than heroes? Without a doubt. Author: David Yurkovich. Illustrator: David Yurkovich. 2014 David Yurkovich