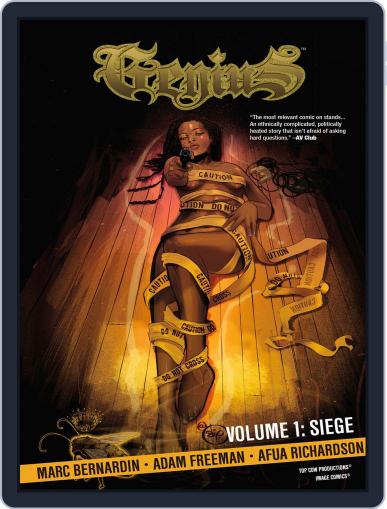 The Winner of Top Cow's Pilot Season makes its triumphant return to print! What if the greatest military mind of our generation was born to a people who are already supremely conditioned to wage war, who know nothing but violence since birth, and must continually adapt to new predators in order to survive? What if the second coming of Alexander the Great, of Genghis Khan, of Napoleon, of Patton...what if it was a teenaged girl from South Central, L.A. named Destiny? And what if she decides to secede three blocks of the 'Hood from the Union? Who is going to take it back from her and her army of gangbangers? Who CAN? From writers MARC BERNARDIN and ADAM FREEMAN (Alphas, X-Men Origins: Nightcrawler, The Authority, The Highwaymen) and rising-star artist AFUA RICHARDSON comes a harrowing, action-packed tale of a city that declares war on a brilliant young woman pushed to the edge.

Magazine covers are used for illustrative purposes only and you may not receive a copy of the particular issue depicted. Your subscription will include the most recent issue once your subscription begins. Magazine covers are the property of the publisher. This site is not officially affiliated with, associated with, or endorsed by Genius or the publisher.