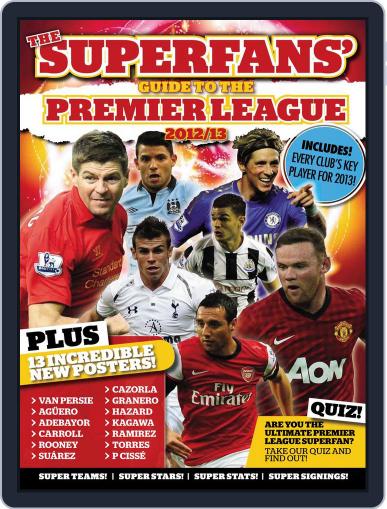 About Superfan's Guide to the Premier League 2012-13

Last season we were glued to the edges of our seats from August right through to May and this season looks just as dramatic. It’s all going off in Manchester and Liverpool and Tottenham have new managers. Chelsea has also spent around £100m on new players to get back into the mix. It’s all happening and we’ve analysed the chances of every team in the division and predicted where they’ll finish and 2012/13. There are Superfan posters, a Superfan gear Guide and a Superfan Quiz. This is the ultimate guide for everything you need to know about the best league in the world.

Magazine covers are used for illustrative purposes only and you may not receive a copy of the particular issue depicted. Your subscription will include the most recent issue once your subscription begins. Magazine covers are the property of the publisher. This site is not officially affiliated with, associated with, or endorsed by Superfan's Guide to the Premier League 2012-13 or the publisher.