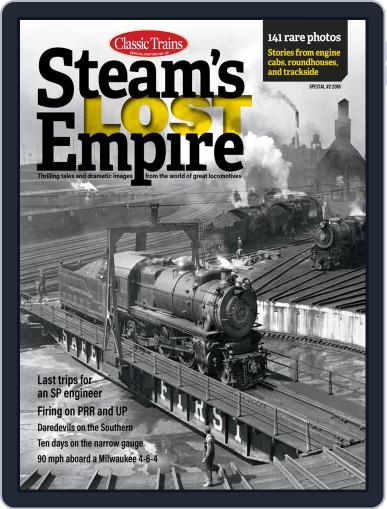 Steam’s Lost Empire takes you back to the classic era of railroading when steam locomotives ruled the rails. The 124-page special issue features classic articles from the archives of Trains magazine including riveting inside accounts from railfans and railroaders who worked the trains as well as dramatic black-and-white and color photographs. Experience the world of steam like never before – the grit, the power, and the beauty!

Magazine covers are used for illustrative purposes only and you may not receive a copy of the particular issue depicted. Your subscription will include the most recent issue once your subscription begins. Magazine covers are the property of the publisher. This site is not officially affiliated with, associated with, or endorsed by Steam's Lost Empire or the publisher.