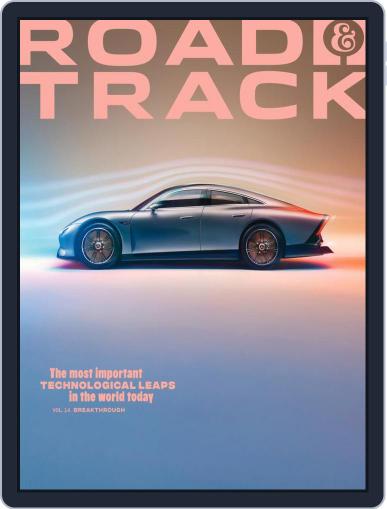 Road & Track is written for the automotive enthusiast and contains information about cars and driving blended with wide-ranging feature stories, entertainment and racing coverage. Road & Track's road tests and comparison tests are the most complete and technically accurate in the industry, focusing primarily on domestic and imported sports cars and sports sedans that are a cut above the ordinary in performance, handling, engineering and efficiency - cars that are above all, fun to drive.

RoadandTrack.com is published by Hearst Communications, Inc. Hearst Magazines, a unit of Hearst Corporation, is one of the world's largest publishers of monthly magazines, with 20 U.S. titles and more than 300 international editions. The Company also publishes 20 magazines in the United Kingdom through its wholly-owned subsidiary, National Magazine Company.

Founded by Wilfred H. Brehaut, Jr. and Joseph S. Fennessy, in 1947. At the time, the small-time magazine, created in New Hampshire, struggled to publish its first six issues. That was until soon-to-be writer and editor John Bond became the owner of the magazine. Under his management, the magazine experienced growth and found its niche in the magazine market. It was later sold to CBS Publications in 1972. Soon thereafter, in 2011, Hearst Magazines purchased Road & Track and moved its operations from Newport Beach to the Tree Town, Ann Arbor, Michigan.

In the March/April 2019 issue of Road & Track, the magazine announced the closing of the editorial offices in Michigan and relocation to Hearst Tower in New York. Since the relocation, Road & Track has continually issued digital issues surrounding the latest news and reports on new production cars, vintage cars, and race cars with drive reviews, road trips, and comparison tests.

With DiscountMags, receive digital copies of archived issues that detailed the newest cars, vintage models, and racing news in the time of old. Retain expert insight and knowledge with revered racers such as Paul Frère, Sam Posey, and Formula One champion Phil Hill.

Understand the design and geometry of a plethora of cars by reading up on notable contributors such as Formula 1 car designer Gordon Murray. Furthermore, receive tips and tricks from performance driving by professional/expert racers. All of this is available to you on screen and with the click of a button.

The number of issues included in a magazine subscription (frequency) is subject to change without notice. Additional double issues may be published, which count as 2 issues. Applicable sales tax will be added. Offer void in Vermont. Magazine covers are used for illustrative purposes only and you may not receive a copy of the particular issue depicted. Your subscription will include the most recent issue once your subscription begins. Magazine covers are the property of the publisher. This site is not officially affiliated with, associated with, or endorsed by Road & Track or the publisher.