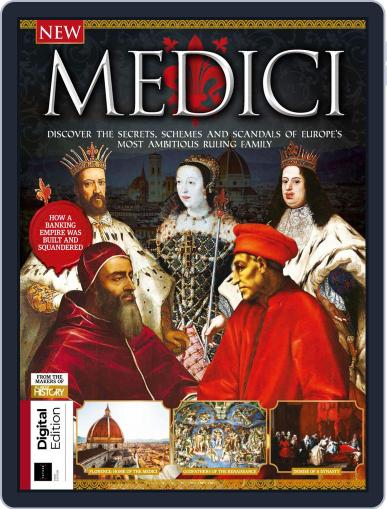 From bankers and money-lenders to grand dukes, popes and queens, the Medici rose to become one of the most powerful and influential ruling families in Italy and Europe. Over the following pages we explore the fascinating story of their rule, from their rise to power under Cosimo de’ Medici to their decline and demise over 300 years later at the hands of Gian Gastone. We take a trip back to Florence, the playground of the dynasty, to discover what life was like during their rule and chart the rise and fall of the Medici Bank. As patrons of the arts, Florence’s ruling family were also responsible for overseeing and influencing history’s greatest cultural revolution, funding some of the most important works of Renaissance artists and thinkers, such as Leonardo da Vinci, Michelangelo and Galileo Galilei. Not everyone was a fan, however, with the rival Pazzi family attempting to unseat the Medici in a bloody coup that backfired terribly on the conspirators. Read on to discover more about the secrets, schemes and scandals of this fascinating family and their rule.

Magazine covers are used for illustrative purposes only and you may not receive a copy of the particular issue depicted. Your subscription will include the most recent issue once your subscription begins. Magazine covers are the property of the publisher. This site is not officially affiliated with, associated with, or endorsed by Medici or the publisher.