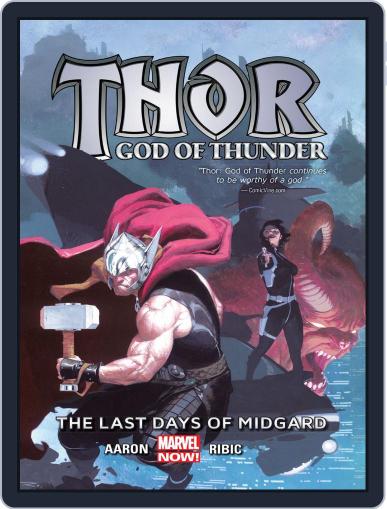 Collects Marvel's Thor: Ragnarok Prelude #1-4, Thor (1966) #361, Incredible Hulk (2000) #95. The stage is set for 2017's far-out fantasy epic, Marvel Studios' Thor: Ragnarok! Catch up on the incredible events of Thor: The Dark World and learn where major players including Odin, Loki and Thor himself stand ahead of the next blockbuster chapter in Asgardian lore! And revisit the origin of Ragnarok's other headline star, the Incredible Hulk! Plus: Classic comic-book tales featuring the two mightiest Avengers of all! Thor enters the underworld to face Hela - and the Hulk does savage battle on an alien world! It's cinematic action in the Mighty Marvel Manner!

Magazine covers are used for illustrative purposes only and you may not receive a copy of the particular issue depicted. Your subscription will include the most recent issue once your subscription begins. Magazine covers are the property of the publisher. This site is not officially affiliated with, associated with, or endorsed by Marvel's Thor: Ragnarok Prelude or the publisher.