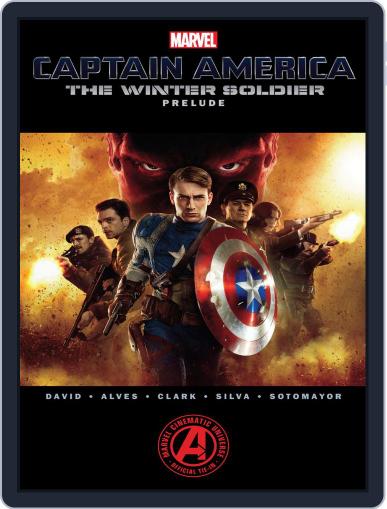 Prepare for Marvel Studios' newest big-screen blockbuster by boning up with this essential collection of classics! First, relive Steve Rogers' transformation from 98-pound weakling into the living legend of World War II in the action-packed adaptation of Captain America's film debut! Next, thrill to an all-new adventure set in the Marvel Cinematic Universe as Cap and two surprise allies defend Chicago against the Zodiac! And experience the dynamic debut of Cap's partner; the Falcon; the Black Widow's first encounter with Hawkeye; the startling revelations that lurk behind the mask of the Winter Soldier; and the ultimate introduction of Nick Fury, director of S.H.I.E.L.D.!

Magazine covers are used for illustrative purposes only and you may not receive a copy of the particular issue depicted. Your subscription will include the most recent issue once your subscription begins. Magazine covers are the property of the publisher. This site is not officially affiliated with, associated with, or endorsed by Marvel's Captain America: The Winter Soldier Prelude or the publisher.