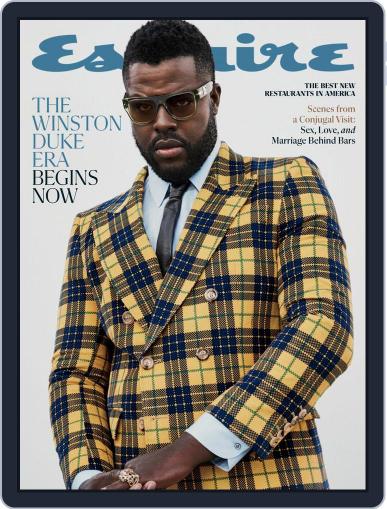 Bring you a funny, innovative, provocative, informed magazine, Esquire Magazine has regularly headlined the interests of American men. Touching on all sections including politics, style/fashion, current affairs, lifestyle advice, women, nutrition, and the most interesting people of our time, find it all with Esquire. One of the most honored magazines in the industry, don’t miss out on your chance to read up on everything the American man needs.

Esquire is the longest-running men’s magazine, the publication posted its first issue in 1933. Right around the era of the Great Depression and World War II, the magazine flourished under the direction and editorial power of Arnold Gingrich, David A. Smart and Henry L. Jackson. At the dusk of the 1960s, Esquire was known as a pioneer in the “new journalism” movement. As time progressed, the magazine witnessed a plummet in readers and subscriptions. In 1990 under the direction of David Granger, the magazine found a new and firm holding as the go-to lifestyle publication. Since then, Esquire has been regularly honored with multiple awards and honors by national magazine organizations and critics alike.

Lifestyle, fashion, nutrition, women, fiction, luxury, entertainment and everything the American man wants can be found in the pages of every Esquire issue. When looking for unconventional works to expand your mind, Esquire is at the forefront. The magazine regularly features creative works infused with satirical humor, book choices, topical features and reviews on art, music, cinema, and literature. Another esteemed feature readers can look forward to is Esquire’s curated list of every past year’s choice of “Sexiest Woman Alive”. All of this and more is available to you with the click of a digital button.

What to Expect: Esquire + DiscountMags

The number of issues included in a magazine subscription (frequency) is subject to change without notice. Additional double issues may be published, which count as 2 issues. Applicable sales tax will be added. Offer void in Vermont. Magazine covers are used for illustrative purposes only and you may not receive a copy of the particular issue depicted. Your subscription will include the most recent issue once your subscription begins. Magazine covers are the property of the publisher. This site is not officially affiliated with, associated with, or endorsed by Esquire or the publisher.