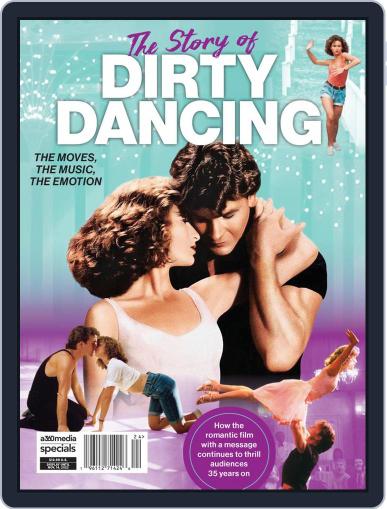 When Eleanor Bergstein wrote Dirty Dancing, she wanted to capture a fond time in her life filled with holidays in the Catskills, mambo competitions, and a growing social consciousness. What she and small studio Vestron Pictures didn’t expect was for the movie, released in 1987 with little expectations, to become a phenomenon. But 35 years on, it’s clear that the nostalgic 1960s setting, the mix of humor and serious commentary, the tremendous soundtrack, and the undeniable chemistry between leads Jennifer Grey and Patrick Swayze made it an irresistible package. In The Story of Dirty Dancing, we look back on the film’s origins, stars, music, and best moments, capped off with a trivia quiz worthy of a competition on Kellerman’s west porch!

The number of issues included in a magazine subscription (frequency) is subject to change without notice. Additional double issues may be published, which count as 2 issues. Applicable sales tax will be added. Offer void in Vermont. Magazine covers are used for illustrative purposes only and you may not receive a copy of the particular issue depicted. Your subscription will include the most recent issue once your subscription begins. Magazine covers are the property of the publisher. This site is not officially affiliated with, associated with, or endorsed by Dirty Dancing: 35th Anniversary or the publisher.