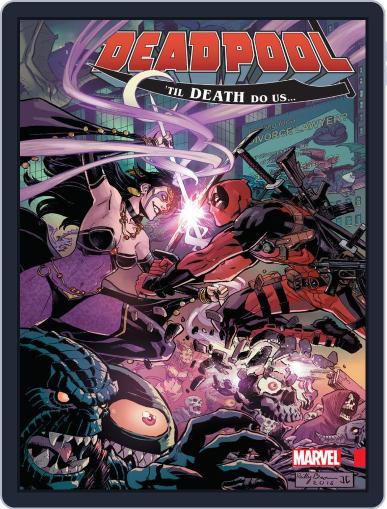 He's annoying. He's dangerous. He smells terrible. But the public loves him. That's right- the Merc with the Mouth may make money for missions of murky morality...but he's become the most popular hero in the world for it. Eat that, Spidey! The world belongs to Deadpool. The fan favorite team of Gerry Duggan and Mike Hawthorne return to bring Deadpool into his most successful adventures yet!

Magazine covers are used for illustrative purposes only and you may not receive a copy of the particular issue depicted. Your subscription will include the most recent issue once your subscription begins. Magazine covers are the property of the publisher. This site is not officially affiliated with, associated with, or endorsed by Deadpool or the publisher.