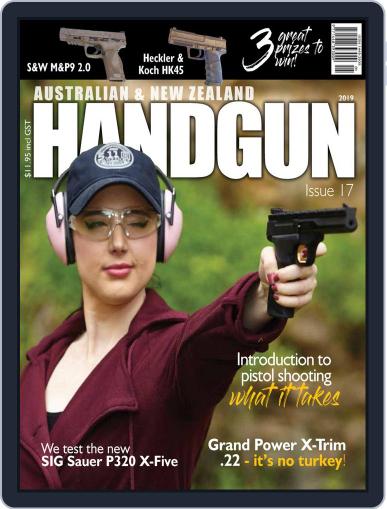 Australian & New Zealand Handgun showcases legitimate handgun shooting activities for recreational club and competitive shooters, collectors, historians, and those in the law enforcement and security industries. The magazine features reviews on air pistols, rimfire and centrefire self-loading pistols and revolvers, ammunition and other shooting accessories, as well as interviews with successful Australian and international handgun competitors, and articles on ammunition reloading, custom firearms and handguns of historical interest.

Magazine covers are used for illustrative purposes only and you may not receive a copy of the particular issue depicted. Your subscription will include the most recent issue once your subscription begins. Magazine covers are the property of the publisher. This site is not officially affiliated with, associated with, or endorsed by Australian & New Zealand Handgun or the publisher.