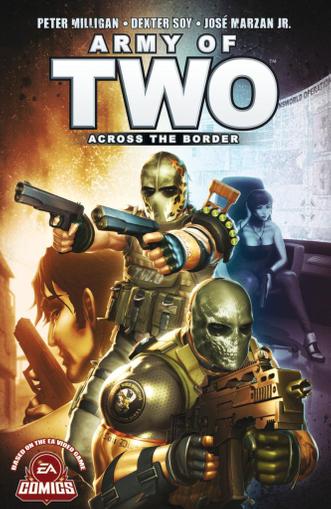 About Army of Two

Based upon EA's Army of Two game and written by comics veteran Peter Milligan (X-Statix, Greek Street), Army of Two follows ex-Army Rangers Salem and Rios as they form their own Private Military Corporation: Trans World Operations. But the pair get more than they bargained for as they are unexpectedly caught in a brewing war between the Mexican Army, drug cartels, and The Maras—one of the most powerful street gangs in Mexico! Author: Peter Milligan. Illustrator: Dexter Soy, Chester Ocampo. © Electronic Arts Inc.